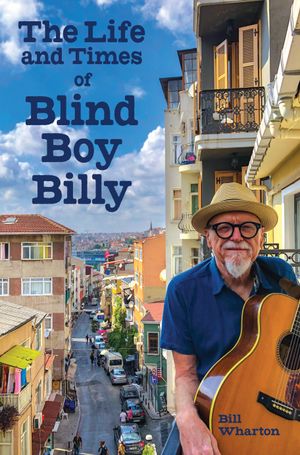 "The Life and Times of Blind Blind Boy Billy" is a memoir. It's also a songbook (with soundtrack) and a cookbook. Bill Wharton filets the story of his life, smokes it, and sandwiches it between photographs, tunes and recipes. It's the backstory of a life of sharing food and music. It’s also a story of the outlaw grower of fine cannabis, and his brush with the law. The tunes and the recipes follow the story, with the Sauce Boss mixing media like it was cornbread."

Paperbook
which contains a link to soundtrack online
https://www.amazon.com/dp/0692173099